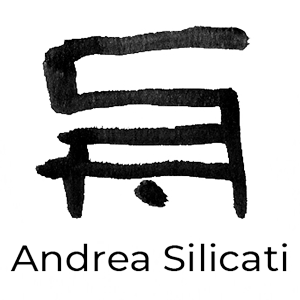 2019 – CROSSINGS – from 5 May to 2 June – personal of painting, at CONTEMPORANEO HOUSE, Piazza Garibaldi, Senigallia.

2014 – CLOUDS – pictorial performance at the FACULTY OF ECONOMY (Villarey) of Ancona – and collective of painting at the PALAZZO DEL RECTORATO Ancona.

2013 – from 14 September to 4 July – personal of painting at the Mole Vanvitelliana in Ancona, within the Cinematic Festival.

2013 – September 14 – personal painting and pictorial performance at the kiosk of Palazzo della Signoria in Jesi, in collaboration with DANZIAMOCI SU dance festival.

2013 – from 4 to 31 July – Summer Collection, collective exhibition at the RvB Arts Gallery, Rome

2013 – from 6 to 9 June – MONTAGNARTE, Symposium of Art and Theme with the project PORTRAIT OF A VALLEY, Cutigliano (PT)

2011 – from 30 November to 15 December – personal of paintings at Interior Antiguo Hospital San Josè, Santiago del Chile. With the patronage of the Centro Cultural Baldomero and the Unidad de Patrimonio Cultural de la Salud.

2010-2011 – from 10 December to 15 January – “ANCONA, CITY BETWEEN LAND AND SEA”, personal of painting at Palazzo degli Anziani in Ancona, in collaboration with the Municipality of Ancona, curated by Valerio Dehò.

2010 – from 14 to 30 March – “Andropocèo”, a personal of painting at the Portfolio gallery in Senigallia, curated by Gianluca Marziani.

2010 –from 6 to 14 February – Silicati presents the finalist work at the TERNA PRIZE 02 in Jesi, in collaboration with the Municipality of Jesi and the Civic Art Gallery, at the Museum of Printing Arts.

2009 – from 18 to 26 April – collective: “JESINUDACRUDA”, at Palazzo dei Convegni in Jesi with the patronage of the Municipality of Jesi, curated by Marta Massaioli.

2008 – from November 6 to December 13 – personal painting: “JESI, THE MULTIPLE CITY” at Palazzo dei Convegni in Jesi with the patronage of the Municipality of Jesi.

2006 – from april 29 to june 4 – collective of painting at the “fourth triennial of contemporary sacred art” at the Archiepiscopal Seminary of Lecce.

2005 – from september 10 to 12 – collective of paintings at the “Palagio di Parte Guelfa” in Florence organized by the Faculty of Literature and Philosophy of the University of Florence.

2005 – from march 21 to april 17 – “Piccole visioni” painting exhibition at the “Artemisia” Gallery in Falconara.

2004 – from august 17 to 21 – “Immacolata J4” Collective artistic event for the city of Jesi. Installation in the “Sala Maggiore” of the Palazzo della Signoria in Jesi.

2002 – from december 20 to january 15 – “EVENTI” painting exhibition in the spaces of the Cultural Circle “Eventi” in Jesi.

1998 – from february 21 to march 8 – Exhibition of drawings and musical event at the Woobly bookshop in Jesi, in collaboration with the musician Fabio Roccagli.

1996 – from july 28 to august 11 – “Derive ed altre immagini” collective of painting and sculpture, Mole Vanvitelliana of Ancona and organized by “Fahrenheit 451”, ARCI, Municipality of Ancona.

This website uses cookies to improve your experience while you navigate through the website. Out of these, the cookies that are categorized as necessary are stored on your browser as they are essential for the working of basic functionalities of the website. We also use third-party cookies that help us analyze and understand how you use this website. These cookies will be stored in your browser only with your consent. You also have the option to opt-out of these cookies. But opting out of some of these cookies may affect your browsing experience.
SAVE & ACCEPT